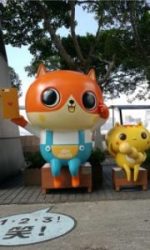 The 37th edition of the September Hong Kong Jewellery & Gem Fair is ready to open its doors to thousands of exhibitors and professional buyers from September 16 to 22, fair organiser Informa Markets said, following recent developments in Hong Kong.

In a statement, Celine Lau, director for Jewellery Fairs at Informa Markets, cited positive signs indicating that the situation in the city is cooling down as of today.

•    The demonstration held this past Sunday was peaceful and concluded without any violence.

•    The Airport Authority has obtained an injunction order against activities that interfere with the proper use of the airport except in the designated areas in the arrivals hall. This means that the airport is operating normally.

•    The Hong Kong Government has declared it is committed to “creating a platform for dialogue” with various sectors of society.

•    The HKTDC Food Expo and its concurrent fairs attracted 2,100 exhibitors and drew nearly 450,000 visitors. There was a drop in foreign visitor turnout, but exhibitors were satisfied with the quality of buyers onsite.

“We have not received demands for cancellation as stated in a joint letter recently sent to us by three trade associations,” Lau explained. “Instead, what we have been getting are calls from exhibitors inquiring about the possibility of securing better booth locations in the event of cancellations, and inquiries for participation. We continue to receive visitor pre-registrations daily. Rumours about the fair’s alleged cancellation/postponement have in fact resulted in increased interest on the show’s exhibitor profile and contents.”

To ease any concerns on insurance coverage for transportation of merchandise, she said Informa Markets had obtained confirmation from Malca-Amit and Brinks that there is no change in the insurance policy in relation to the public incidents in Hong Kong. Both are actively serving exhibitors from Antwerp, Israel, India, the US and other markets.

“These are facts illustrating that the jewellery community is ready and looking forward to this important event,” said Lau. “We have been very focused in the last 11 months preparing for the September Fair. We appreciate and value the jewellery industry’s commitment to this event, which allows us to deliver a high-quality show. Exhibitions have been – and will always be – the best place to look for business and new buyers.”

According to the company official, the last three quarters have been challenging for the industry, which is why exhibitors, buyers and stakeholders across the entire business spectrum are fully engaged to get the most out of the September Fair. As the last international fair on this year’s jewellery trade show calendar, this show represents many exhibitors’ last major opportunity to capture orders in 2019 for 2020 and beyond.

The September Fair’s visitor promotion campaign is in full swing, noted Lau. Informa Markets is investing extra resources in marketing activities (both online and offline), especially through various industry associations. As of today, many delegations have already reconfirmed their attendance, including groups from Poland, Vietnam, South America, Russia and China, to name a few.

As of today, the travel alert level for Hong Kong – where business is running as usual – remains comparable with the current alert level assigned to the UK, Europe, China and several other countries.

“These special circumstances might have presented us with a unique set of challenges, but we will not allow these to deter us from delivering the best possible September Hong Kong Jewellery & Gem Fair that our exhibitors and visitors deserve. We sincerely look forward to welcoming everyone in Hong Kong soon. See you all at the September Fair,” continued Lau.